It looks like you're new here. If you want to get involved, click one of these buttons!

Where are we heading? 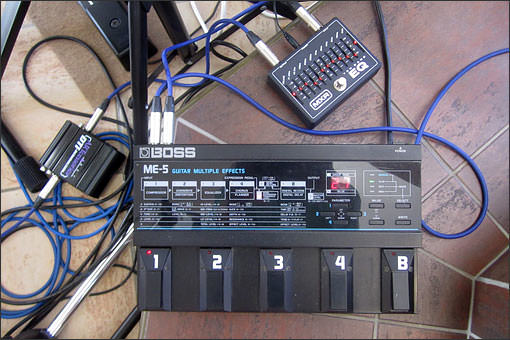 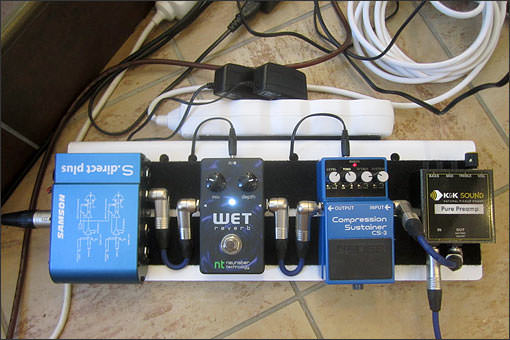 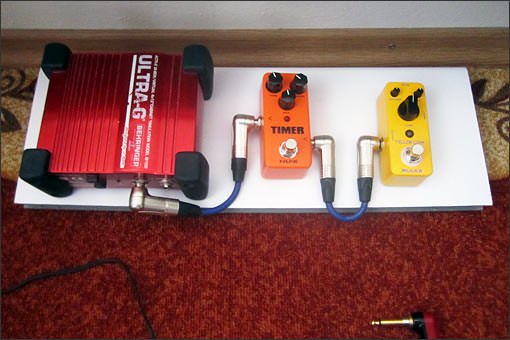 Above are three of my pedalboards:

1. My electric setup when I am not using a guitar combo: Boss multi-FX (which is so old it predates amp and cab sims) EQ, DI box.

3. My bass pedalboard (in the making): compressor, delay, DI box.

I also have an acoustic guitar pedalboard: Bodyrez (compressor and EQ in one pedal), reverb, DI box.

Each pedalboard setup ends with a DI box so that the sound engineer gets a direct signal. Rarely these days do I get to use my much loved guitar combos.

What with Megi's recent multi-FX pedal purchase that, I think, he plugs into a PA combo, and other friends that now have Kempler modelling amps or Bose L1 PA setups where everyone plugs into the PA instead of their own backline, I am starting to wonder how many more years I will hang onto mostly unused guitar combos? Am I just slow to adapt to new technology? If so that may be because my setups work for me and why change what isn't broken?

As a discussion opener, what are your thoughts on the future of guitar amps, effects & accessories? What is your experience? Where do you think are we heading with all this stuff? What is the future? Or perhaps you already call it the present!
· Share on Twitter